It was a gloomy late September day, one of my least favorite for photographing inside a park, especially when the leaves still haven’t begun turning yellow or red to spice up the pale blue muddy sky above. Leaves would turn yellow or red in late November, I told Sierra during our consultation.

It did not bother her, it seemed. Jimmy and she were on their first visit to Tokyo, as a part of their honeymoon plans. It was also their anniversary, so the two aligned well with their plans to visit Japan for the first time. You could feel the excitement just by standing near them.

I was excited too. There is something so magical about photographing a couple in love who is in Tokyo for the first time and just like that you get to explore the city together, me through their eyes and they through mine. You get to talk about the things that excite you and show them your favorite spots in the city, and the best part is to come yet – when they get fascinated with all those little things that got you the first time.

Shinjuku Gyoen was too charming and we had already spent too long inside. A much bolder and adventurous part of the shoot was awaiting so we quickly went to the Airbnb lodging to change into a different outfit – this time, the wedding attire.

Running through Tokyo on your honeymoon in wedding attire gave a completely new feeling to the whole concept of travel photography and honeymoon concept itself. All of a sudden the streets we walked, the gloomy sky, the temples, and usually very crowded Shinjuku became a venue, a romantic city where you get to get lost and feel like it’s your own. 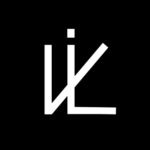